An Article by: Khaled Al-Zaatar

Trump’s classification of the Muslim Brotherhood as a “Terrorist Organization” reflects the American conviction that the elimination of the Muslim Brotherhood and the undermining of their sources of funding is the way to eliminate Terrorism, which the Muslim Brotherhood represents its main incubator. Terrorist groups emerged from the Brotherhood, which provided the literature and Ideas of Terrorism, especially the writings of Sayyid Qutb, the Godfather of the Takfiri groups, providing them with the ideological ammunition they needed. One of the main international terroristic organizations is Al-Qaeda, which its second man Ayman al-Zawahiri describes himself as one of the disciples of Mr. Qutb.

Both are difficult choices for these countries, because the option of confrontation will cause these countries political and economic losses, at a time in which Turkey is already experiencing an escalating economic crises.

Qatar is embroiled in political crises and avoids collisions with the United States, because merely engaging in a clash with the US administration means opening up many of Doha’s files, starting from supporting terrorism along the way until the alliance with Iran, which Qatar is trying to cover it up, by contracting with American public relation firms. As for the option of abandoning the brotherhood, it remains difficult for Turkey, which views this group as one of its soft power tool, as well as Qatar, as the Brotherhood infiltrates the Qatari state.

The Congress’s failure to revoke Trump’s “veto”, regarding the American support for the Arabian alliance in Yemen is an internal success for Trump, which will reflect upon multiple files. That means that some countries’ bet, like Turkey and Qatar regarding the Democrats influence in the Congress will change the way America deals with certain files turned out to be a huge fiasco. But why? Because this victory for Trump on Congress confirms that, the classification of the Muslim Brotherhood as a “terrorist Organization” will have no difficulty within Congress to get activated. 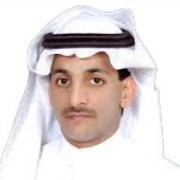