Our society faces many new changes and challenges imposed by the knowledge society, which is characterized by a continuous and tremendous growth in all kinds of knowledge and in various branches of science. This extremely fast pace of knowledge accumulation has made it difficult for people to take advantage of this cognitive mine, unless the individual is equipped with the skills needed to benefit from it. There is no doubt that in the very near future, societies will be completely based on the dominance of Information Technology and Artificial Intelligence.

This type of tech-based society is a force that outweighs the traditional power in determining the political weight of different states. Societies are no longer the outcome of the interaction of their political and economic systems as much as they became an outcome of the knowledge-based communication systems going through every part of them.

On the other hand, communities are becoming increasingly concerned about the risks of misuse of state of the art technology, revealing the other side of modern technology. This is a situation that needs more research to address these misuses using more innovative scientific tools.

In order to be able to reach the knowledge- based society with its real concept and its realistic components and its pure image, we have to create the right environment and to provide the requirements for building such society, which first provides a range of political, economic, educational, social and cultural potentials. In addition, the objective of reaching a Knowledge-based society should be a component in forming the objectives of education, which goes in line with the religious and cultural components of the country.

The dissemination and use of knowledge should be promoted as a component of the organizational culture of organizations and the community in general, to maximize the culture of creativity and innovation, scientific research, and developing the skills of dealing with information technology education, which focuses on investment in human capital, the real source of a nation’s wealth. Along that way, spreading and deepening the culture of critical thinking is such a key element in constituting a clear vision, and guiding our desires, attitudes and behavior. 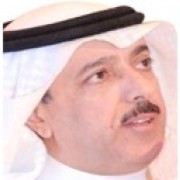