An Article By: Rajaa AL-Bouali

Discussing “change” in different environments is not an easy job, because managing change is one of the most difficult tasks to handle, especially when confronting the intellectual part of it.

Firstly, “Change Management” faces multiple impediments, whether at policies or regulations levels in government and private institutions. One of the obstacles that could easily come to mind is the prevalence of the mentality of old times. Although the advantages of the transformation are clear, the staff often reject change at the beginning. The reason for that could be that it costs them a price they are not accustomed to pay, like learning new skills, such as replacing internal paper correspondence system with e-mails. Huge paradoxes appear in such situations, while an employee holds his personal mail on his smartphone, he refuses using such technology to ease the work process. Finally, he accepts it after wasting a lot of time and effort.

Secondly, “Social Change” also faces a fierce struggle because of the entrenchment of certain concepts in the collective mentality. These concepts became sacred to some extent over time, which made them hard to deal with. This explains the rejection of many aspects of the current cultural transformation, while the same aspects are accepted in other societies, and regarded as points of strength in those particular societies. These are the obvious intellectual and cultural paradoxes of closed and self-contained mindsets, while they prove the opposite by their limited perception of attitudes.

Thirdly, “Personal Change”, such as changing some outdated habits, ideas and behaviors, and replacing them with contemporary ones that can balance between originality and innovation. The strict patriarchal relationship seemed to be appropriate in the past. Nowadays, fraternity seems to be more suitable. As for the marital relationship, it is more balanced now; it represents a step towards equality and participation in all matters of life and family responsibilities.

“Everyone is thinking about changing the world, but no one is thinking about changing himself,” says Tolstoy. God says in the holy Quran: “God does not change what’s with people until they decide to change themselves.” Change that comes from the inside represents the right path for the permanence of life, but reluctance is not in the interest of human beings, because the wheel tramples those who do not pay attention to it. Therefore, it is safe to say that when an individual believes in this equation, he can understand the balance and walk the right path towards light. 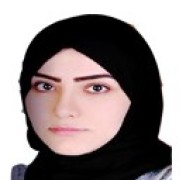