An Article by: Salma Bukhamseen

When man found himself lost in this universe looking for answers, his first intuition led him to sanctify women, so he took her as a goddess because the miracle of life is created in her womb. That was the human mother, with her fertility, giving and love. She was the embodiment of the mother Goddess, as in the image of the two Babylonian goddessess, Toahmmah and Mami.

With the development of knowledge and the growing role of men in the agricultural society, along with the misperception, that the male alone is responsible for reproduction, the role of the female has been dwarfed to become nothing but a pot that carries a child.

In the journey of the decline of the maternal role, the mother Goddess symbol was distorted. The attributes of volatility and anger were linked to her, as what happened in the change of the image of the Goddess Ishtarot for example. The journey continued until the creation of the image of the male god and the removal of femininity from the world of sanctuaries completely. Nevertheless, the male dominated the roles of priesthood and the service of the temples. The woman symbol was desecrated and the qualities of impurity were linked to her, which opened a new chapter in the history of humanity, ranging from obliterating, covering and concealing women inside the temples, along the way to keeping them away from all aspects of life.

For centuries, with different philosophies, civilizations and religions, women have remained a symbol of “sedition, wickedness, nakedness, uncleanness” for religious and social reasons. However, the journey of human knowledge that has continued to grow very slowly over the last three centuries has brought women back to light. After being burnt in the name of sorcery and women intellectuals hid behind male names for long time, Women finally became the natural partner of men.

However, some still practice the residuals of these historical rituals of obliteration, dealing with the female identity and the female body by completely different standards from those associated with men. For example, some are overly sensitive even with the name of a woman or the features of her face, some still consider that mentioning the name of his mother or wife in public is a scandal and that it should be covered up with titles and nicknames, and that a woman’s face features have to be covered.

Covering up those practices with beautiful, resonant names and giving them a moral, social or religious flavor will never change their bleak essence. So seriously, when will we stop hiding and obliterating femininity? 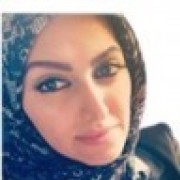