An Article by: Raed Al-Baghli

An individual’s belonging to his land is not based on religious, doctrinal or intellectual factors, it is determined by innate factors, which are horizontally rooted and vertically branched. That is what makes this very person prefers the survival on this land, even if he feels insecure or has been disdained or abused in there. It is noteworthy that the concept of patriotism is somewhat not clear and loose, which opens the door for bidding, sorting and treason, and if we want to go beyond all of this, we first have to arrive at a clear concept of patriotism. Today, we live in a single society with multiple cultures and cross-cutting ideas, whose members, with their differences, form a solid and cohesive social fabric that does not deteriorate and continues under the umbrella of a precious homeland.

Extremism in its abbreviated definition is political, religious, sectarian or intellectual exaggeration. Religion is the act of complying with a set of values and ideals that one believes to be true. The extremist cannot be regarded as a devout person, because he has gone far beyond the circle of moderation, which is promoted by the tolerant Sharia. Such person is called an “Extremist” because the way he lives and acts is far from the moderate practices prevailing in society. Besides, he finds hard time trying to fit in the society as he sees people as sinners and outsiders, which makes some extremists wish to immigrate, hoping to find communities that adopt similar thoughts consistent with their orientations.

If Extremism remains locked down in the deep, it would be a problem though, but the real issue and the catastrophe is when it surfaces and translates into harmful actions. The law is not accountable for intentions alone, but for intentions and actions combined. 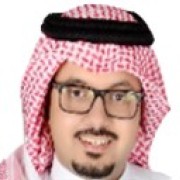