An Article by: Suleiman Al-Oqaili

Political and media circles are currently witnessing a debate about the unity or fragmentation of Yemen. This came into picture after the escalations and crucial developments on the political Yemeni map, which halted the achievement of the main objective behind the whole war issue.

One of these major shifts is the emergence of militias calling for the secession of the south apart from the north and the expansion of their influence in some southern provinces, in a dangerous step threatening to blow up the great end of the war, which aimed at freeing Yemen from Iranian influence.

Although the Southerners have done well in achieving what the war accomplished not only in expelling the Houthis from the south, but also from large parts of the west coast and northern fronts, the idea of secession casts a shadow over the Arab national security project in the south of the Arabian Peninsula, including safeguarding Saudi national security.

The separation of the south is an Iranian project that emerged before the war. Some clues point to the fact that Hezbollah was the first to help southerners in their upheaval against Ali Abdullah Saleh, by launching “ Live from Aden” channel, transmitting right from the southern suburbs of Beirut, along with sheltering Ali Salem AL-Biead, one of the major southern leaders advocating the separation project.

Iran is said to have provided direct financial support to people on the ground, at the same time that it armed the Houthis in the north and prepared them for the day when they could control Sana’a and the entire Yemeni authority.

These dangerous developments came during what may be called a strategic Gulf nap, which shows the lack of knowledge and the minimal political perception of the Gulf regarding the dangers that encircle it in the south. Meanwhile, the gulf was busy with the Iranian expansion project in the north of the Arabian Peninsula, including Iraq, Syria and Lebanon.

As to how the division of Yemen serves the Iranian strategy, it could be viewed from two angles: first, putting Saudi Arabia which is the regional competitor of Iran under security threats, and secondly, the formation of a loyal southern Yemeni government that could grant Tehran the opportunity of strategic presence on Bab al-Mandab Strait, which means an Iranian supervision over Bab al-Mandab Strait. This is No less important than its control over the Strait of Hormuz, which serves as a bargaining chip in favor of the project of regional influence and an advanced line of defense in the conflict of Iranian interests with the Western world.

On the other hand, the most important pillars of the Iranian regional hegemony project, is to weaken the strengths of the opponents of this project, and the strongest of them now is the Saudi power. The Iranian strategy has found that Yemen is the country that best serves as an arena that poses a threat to Saudi Arabia, and the pieces of evidence could be found in history too.

The continuation of Yemeni unity will put further pressure into the direction of a just political system, meaning a balanced, participatory centralized authority, which would deprive any group of unilateral power.

The fragmentation of Yemen will not be a stone in a stagnant lake, but it will be an earthquake that will shake the entire region, and may open the door to the fragmentation of other Arab countries, especially those governed by fragile central authorities – as in Iraq, Syria and Sudan – which in any case represents a permanent dream for foreign and regional forces.

Such scenario is a shared aspiration for Israel, Iran and Turkey along with some Western agendas, keeping in mind that what happened for South Sudan is not far away. 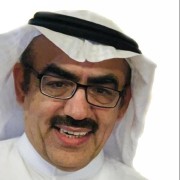