An Article By: Hamsa Senosi

Years ago, some men of religion renowned for publishing Takfiri thoughts and agitating Fatwas, that with all due respect has nothing to do with our reality or the modern world that we live in, they considered that any violation of these Fatwas was a kind of a liberal yet a ‘cursed’ alienation that has to stop. They also worked hard to turn the authorities against whoever opposed them, claiming that they are trying to harm society, waste religious values and dilute Islamic identity.

Nowadays, we have come to find that some of these Fatwas have become a pariah, because of the spread of consciousness, or even became a source of trivia because of the completely different atmosphere.

We are not so far away from the times were we were encircled by Fatwas that prohibit teaching women the sciences of geography and geology, even learning a foreign language or having a driving license or playing football, were all some sort of sins. It was only the Holly Quran that was allowed to be taught to women. All those evil details have strangled the Saudi society for years.

Within the same context, there are a number of questions that impose themselves: Why does the men of religion insist on engaging themselves in all corners of a person’s life? They are not only being driven into a narrow corner, but also pulling the entire society towards the same corner, were limiting the horizon of any thought is all what it is about.

This has a very devastating impact on the credibility of all men of religion, even those with an open vision.

The origin in all matters is permissibility, and taboos are limited in Islam, so why do they assume that every new trend or idea represents an extension of these taboos? Why is every attempt to improve the quality of life is described as a curse or a cursed liberal move?

Frankly speaking, defending Liberalism is not the purpose of this piece, at the end of the day it has its authors and intellectuals who can stand up for it very well, it is just that liberalism is a guarantee for man’s freedom to talk or to act, as long as he is not harming someone else.

How is it possible to describe an act that respects humanity and human dignity as a cursed act?

The paradox here is so explicit, since freedom is the basis of religion, it is the basis upon which you have the freedom to choose a direction and be held responsible for it.

Another important question that should not be overlooked, a question about some of the people who violated those Fatwas in the past, and they were punished either morally, by being excluded from the community, or were physically punished, by the hostile authorities.

Now, what do we make of these Fatwas? How can we make it up for those innocent people who were touched by the harmful hands of Fatwa makers? How can they be rehabilitated? or even compensated for ideas that were once rejected and antagonized, while today they are part of the approach adopted by the Vision 2030, and put forward by His Highness Crown Prince Mohammed bin Salman permanently in the form of development projects, to keep pace with the cultural development of the next stage? 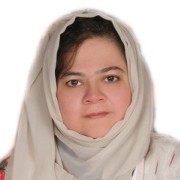