An Article by: Widad AL-Jarwan

As we speak, Saudi Arabia is undergoing such profound economic, social and generational transformations, in a competitive arena where competition benefits the Saudi image in the middle east and worldwide as well.

There is a noticeable role of the Saudi government in raising the awareness of citizens and increasing their information and aspirations, while deepening the national feeling and the sense of belonging to homeland, which collectively nourishes national unity and instills a spirit of participation and responsibility.

Saudi Arabia has exerted great efforts to raise the levels of awareness of the dimensions, concepts, risks and behaviors of both lawful and illegal areas of public and private security and safety, in order to reduce internal and external risks and threats.

It helps enhancing the citizen’s awareness of his rights and duties by amending or even legislating new regulations and laws that make all members of society live in an advanced yet reconciled social system.

This helps Protecting against dangers, opening new horizons and keeping pace with global changes through the efforts to organize the country economically, socially, politically, militarily and technically, to become a developed country with fortified infrastructure and organizational schemes.

Despite all caveats, the Saudi government has empowered women in every single field to contribute to the country’s development efforts, no less than any other male citizen.

The Kingdom has also criminalized all racist behavior towards religions, and opened up Touristic potentials, so that people get to know the Kingdom, its heritage, arts and topography. This was a part of a continuing effort towards arts, culture and the construction of museums and the revival of heritage.

The government has joined forces with people to preserve the security and stability of the country. It also emphasized the importance of Charity and providing service to the community, along with promoting and purifying authentic religious values.

These strategic changes that appear to be heavy on society and require time, ability and patience to achieve them, won’t be hard at all if adopted by citizens themselves, that would reduce the burden on governments and be the basis for re-instilling the right principles again.

Hence, the partnership of the government and people in the country’s renaissance was a strategic partnership, based on preserving the country from all dangers, thus, achieving constructive cooperation in the prosperity of the country and its members. 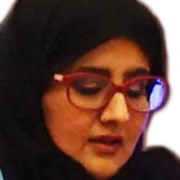