The title of this article really summarizes all that has been written and what needs to be written. But What is really happening behind the scenes?

The recent leaked phone call between the Qatari ambassador to Somalia Hassan Hashim and Khalifa al-Muhannadi, who is known to be a businessman, while his real identity is a man who works for the Qatari intelligence, who happens to be close to the emir of Qatar. This incident proves Qatar’s involvement in the Mogadishu bombings that killed many innocent people.

As a consequence, Qatar has avoided talking about the role of the ambassador completely in its comment to flee a sensitive situation. It also denied any relation with «Muhannadi», the intelligence man, but does that make a difference?

In fact, I do not see this, but it fully illustrates Qatar’s floundering policy and the depth of the great imbalance within the corridors of government, as well as its continued support for conflicts, chaos and terrorism.

Personally, as soon as my eyes fall on the news of any bombing, conflict or chaos in any country in the world, it immediately comes to my mind… the role of Qatar in this, and the extent of its involvement.

This is the stereotype of Qatar, which was shaped in the minds of many and not for false reasons. As what happened with the missile found with an extremist group in Italy, while it is still under Qatari ownership since 1994, does this mean that Qatar has been involved in supporting terrorism and extremism for more than two decades?

It is far too much to be justified, it has actually transcended all lines of diplomacy, and the situation has become a matter of innocent blood being shed, and enduring chaos that Qatar creates everywhere it enters.

Here comes the serious question: is it possible that all this will go peacefully on the international Arena?

Does this mean that Qatar dominates major media outlets thus controls the media scene, which may explain the concealing of such resounding scandals?

Qatar, with all malice, publicly supports governments and on the other hand, invisibly supports terrorist groups, and this is all nothing new for the governing system in Qatar.

Qatar had the same dual role in Yemen and Libya. Is it possible that this absurd and desperate quest to create a chaotic world sponsored by Qatar is internationally acceptable?

Finally, the question arises, why the international silence continues over all these violations, scandals and the blood of innocent people being repeatedly shed? What is our simple role as good actors in rejecting what is happening? 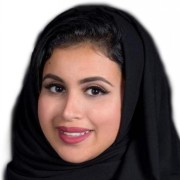