An Article by: Muhamad AL-Mueyqili

The reader of history finds that the transfer of societies from the stage of underdevelopment and lagging behind to the stages of progress and prosperity, or what could be referred to as Enlightenment, is very difficult and comes amid strong opposition and weeping over the ruins of the past, and few in history who have been able to do so successfully.

For example, the Russian ruler Peter, once known as Peter the Great, who ruled Russia from 1682 to 1725, was able to move Russia with a leap forward to become a powerful state, after changing the outdated and hindering ideas and beliefs of the people, to get them to accept the new Russia at the time.

History is just to such miraculous works, stories that we read, hear and get fascinated with. But what is happening now is amazing. We are actually witnessing what history’s future readers will read in the future. It is as if we got invited to an act that is greatly crafted, such that our hands cannot stop clapping, how lucky we are.

The most pessimist did not realize that he would witness this change in such miraculous time span. The new Saudi Arabia rose up strongly and made people accept and coexist in the atmosphere it created. This new Saudi Arabia has given women a lot in a short period of time.

We started the tragedy and we are the ones who can write its ‘end, and let the countries learn the art of ending the tragedy from us, under the leadership of the young Crown Prince Mohammed bin Salman.

This tree of outdated thoughts and beliefs, which had its roots in the ground has beaten everyone’s expectations. even if «Peter the Great» or «Joseph II» were still alive, they would need decades to eradicate it, but Prince Mohammed bin Salman uprooted it seamlessly, what great power he possesses? 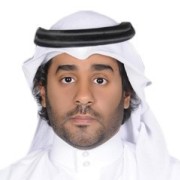