An Article by: Mohammed Al Saad

Having a mind for business and a compassionate heart at the same time, these are two blessings unmatched by any other for a ruler, but they are available to Mr. Trump in his presidency of the United States of America. That was showcased in standing up to Huawei and his sympathy for the guards of the military barracks in Iran.

Some believe that President Trump, before the date of the alleged US strike on Iran in response to the downing of a US plane, ordering it to stop just ten minutes before the launch, was invoked by his human sense, and this is what was said. But others think it was the wisdom of a superpower that does not want to go into a distant war that may cost it as much as its predecessors in Vietnam, Afghanistan and Iraq, and the president stopped it for this particular reason.

Some see it as a defeatism caused by the American elections, because it does not seem wise to start a war while the most important one is the internal one, the elections.

Iran has tested the patience of the United States several times and in a gradual escalation, From the Katyusha rockets fired near its embassy in Baghdad, the Iranian Revolutionary Guard shot down its drone with a surface-to-air missile, deliberately vandalizing some oil tankers in the Strait of Hormuz. The tests are still on-going, and it may be the patience of the adults watching the scribble of the young, and it may be something else.

One Arab shrewd ‘s view of what is happening in our Arab world is an old new game drawn by Israeli intelligence, under the guidance of the United States, and the implementation of Iran’s terrorist arms in the region, in order to weaken the Arabs.

A Shrewd has high intuition and cunning malice, and a great impact, as if I was about to believe! 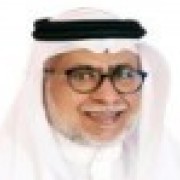