An Article by: Mohammed AL- Shammary

We remember well the statement of former Iranian President “Rafsanjani” more than thirty years ago, when Kuwait invited him to attend the summit meeting of the Islamic Conference countries in the early eighties of the last century, to discuss ways to stop the Iraqi-Iranian war. Back then, Iran overtook AL-FAO island which is at the head of the Arabian Gulf. “Rafsanjani” responded to the invitation with his famous provocative statement: «I will arrive to the conference by land, an hour before the opening of the conference», mocking the idea of the conference, and braging about the victory achieved by Iran at the time, and foreshadowing the separation of Iraq from the sea and entering the State of Kuwait.

The Gulf states sensed the danger, and quickly established the Gulf Cooperation Council (GCC) to close ranks and confront the Iranian threat, establishing the Shield of the island.

Despite the defeat of Iran in the war and Khomeini swallowed the poison of defeat, but regrettably things returned to the favor of Iran once again, because of the repercussions of Saddam’s invasion of Kuwait, which ended with the fall of his regime in Iraq and Iran seized that opportunity to dominate Iraq and achieve what was impossible during the direct military war. Its influence has spread to Syria and Lebanon, and Saudi Arabia has vigorously confronted its interventions in Bahrain and Yemen.

The world is now holding its breath in the face of the possibility of a new war in the region because of the actions of the Iranian regime. If it does not acquiesce to the pressure of economic sanctions, the worst possibility is more of these reckless actions and sparking a new war. The Iranian regime lives in these circumstances and derives his legitimacy and survival out of it, and Saudi Arabia will be at the heart of the confrontation with this evil regime and its supporters in the region.

This necessitates the Saudi state to strengthen its military capabilities to become a regional military superpower that depends on itself first, and to support its allies of brotherly and friendly countries and its Arab and Islamic surroundings. It possesses the human and material strength that qualifies it to do so. 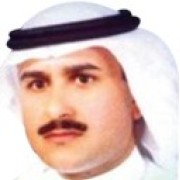