An Article by: Jafar Al-Shayeb

At every stage, real problems arise in the structure of the Arab state, resulting from its inability to reconcile the rapid transformations in today’s world with the values it produces and the reality that exists, along with its incapability of liberating from the consequences of the existing traditional structures.

The widespread youth movement in many countries of the region reveals the depth of the crises in Arab societies, and rigidness of their political systems, leaders, and elites, who cannot deal with real interaction and the existing changes, which leaves them unable to give an effective response to them.

The political system and the resulting sectarian and partisan quotas, and an unfair distribution of national wealth between the poles of power away from the interests of its masses, is what drove Arab youth in more than one region to move, demanding to reconfigure this system based on the national interest first, which rises above all narrow considerations.

Conflicts and continuous negative competition between the parties in these countries, made the issue of development and sustainability at the back of the priorities of decision makers, and the result has been a continuous accumulation of economic and social crises, and a state of despair and frustration among the youth, who found themselves without jobs or ability to requirements for a decent life , or obtain appropriate basic services.

It was expected and it will continue to be the case that these sectors move in demanding to rehabilitate the state and build a balanced political system able to emerge to the horizon of a single homeland, ensuring that the problem of corruption is limited. Unless these fundamental problems are addressed with real and serious remedies, these crises will continue to manifest in different forms and will get harder to resolve.

The modern national state must rehabilitate itself – if it can – by taking lessons from the experiences prevalent in our world and moving forward to address existing crises, and progress toward real change based on public participation, transparency, division of powers, and the adoption of competence and equality between different citizens.

These calls by young people in many regions express a cry of pain to save what can still be saved from these countries and restructure themselves again. 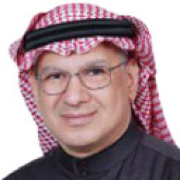