An Article by: Ali Al-Shaabi

The percentage of Saudi youth who lie in the age category from 15 to 34 years old reaches 37% of the total population, which is the highest percentage in the G20 countries, in which males and females are almost equal. This is an indicator of how young and powerful our society is, especially when youth get rehabilitated and their role gets reinforced and supported , with much attention to their requirements to contribute effectively to serving their community and enhancing the sense of belongingness to their homeland.

Empowering youth to be able to assume their responsibilities, face challenges and contribute to the development of their country, sustainable development and the welfare of their society, is the only way to reach the renaissance of nations and their progress. Youth contributions can take many forms; however, my article today focuses only on youth’s role in volunteerism.

Voluntary work can have many names; sometimes it is called the third sector or civil society institutions or the non-profit sector, or other names. The important thing is that I mean here by voluntary work the social act in which the person exerts effort, time and money, individually or collectively in a way, that benefits the Society with a purely self-motivated attitude. Volunteerism is an essential tributary of comprehensive development, which reflects the extent of citizen awareness, the maturity of society, and the broadness of a states ‘ vision.

That is why the developed countries give a large space to civil society institutions to contribute effectively to their development project, but rather they are keen to teach volunteer work in their educational curricula to get generations to understand its goals and fields, because of its significant contribution to supporting the local product and the prosperity of the economy. There supposed to be a kind of integration, compatibility and sharing with the government to ensure the optimal investment for civil and governmental efforts, and for this reason, “Vision 2030” affirmed this dimension and placed it as a priority, and considered it a supporting element of the diversification of the national income and countering terrorism.

Males and females are almost equal in terms of participation and these ratios are very low, and there may be an obstacle to achieving the “vision” to its goals in the field of volunteer work, which aspires to increase the number of volunteers from eleven thousand to one million volunteers, and raising the proportion of the contribution of volunteer work from less than 1% to 5 % by the end of 2030.

This is a major challenge if we do not spread the culture of volunteerism, increase support for it, expand the space for participation, and recognize it as a major partner in development. 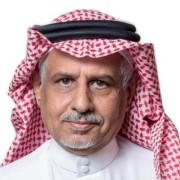