An Article by: Fahd Al Bandar

The Russians made a mistake in the “Kuchuk-Kainarji” Treaty, when they granted the Turks the guardianship and authority over Muslim people in the countries neighbouring Turkey, while the Turks were in a humiliated state at the time of the falling rule of the Ottomans because of the rule of “Sultan Abdul Hamid”. The falling of the empire has shaken all its parts, which was a major reason for writing its end. Along with that, they did not have the good history that qualifies them for such stage, which would have been a consolation that might have made up for losing such a tremendous empire.

Not after too long, Mustafa Kemal Ataturk came into picture, who is the founder of the “The Young Turkey” party, he built upon the sweeping feelings of discontent among Turkish people, as they were so unhappy with the situation, as the country fell under the control of foreign forces, which reflects that it is no longer the same tyranny that it used to be. Although the rule of the Ottomans ended in 1923, historians believe that the real end was in 1917.

After seven months, the Treaty of “Lausanne” was signed in Switzerland on the day of the pilgrimage in 1923, between the new Turkey and the victorious powers in the war. By that, Turkey were forced to admit the influence and power of Britain, France and Italy, thus, ceded it ambitions in the middle east.

Ataturk founded the pure secular state, and called for the pride in Turkish nationalism only and no other, and removed the remnants of the Islamic state, and Turkey became a loyal ally of the West, but the West does not trust the Turks given their bloody history, along with their oppression and tyranny, that all accounted for a .picture for them that is in the minds of Westerners which is hard to erase

Turkey distanced itself from the issues of the region in general and the Islamic and Arab world in particular, and this situation continued until 2002, when the “Justice and Development” Party rose to power, and it is a political party with Islamic roots that are secretly in practice but hidden from the knowledge of the public. This hypocrite party celebrates Islam and scatters flowers on the grave of Ataturk and holds celebrations with his birthday, although both philosophies are completely different.

Ever since this party has seized control of affairs in Turkey, it keeps seeking the sympathy of the Islamic street, meanwhile it extends its hands in public to Europe, which refuses to shake its hand for its dark past and the lack of confidence in the Islamists.

The president of the “Justice and Development” Party “Erdogan” soon repelled against the West and turned his eyes towards the Muslim countries, claiming the so called “legacy” of his first grandfather, “Osman”. He went through his falsified weeping and cried over Jerusalem and called falsely for liberating it, until he won the hearts and minds of some Muslims, so the Gulf received him, who are the masters of the oil and the economy in the Middle East, they embraced him and opened the doors of commercial exchange for Turkey.

As a consequence, Turkey’s exports exceeded the Gulf and crossed to the far reaches of Africa, Libya, and Algeria in particular, which made the Turkish economy rise to the peak and prosper tremendously.

On the other hand, Erdogan built strong relations with the staunchest enemies of the Arabs in both Persia and Israel, and began playing on the cordons of Islam and neighbourhood, until he was able to “raise the level of the Turkish economy” to the point where the size of Turkey’s investments with Israel and Iran reached unbelievable numbers. But his hidden agenda is based on restoring the glories of the Ottomans as he claims, and re-establishing control over other countries.

It is clear to the wise beholder, that this deceptive Turkish spared no effort to achieve his aspirations, so you would see him crying and hugging at times, weeping and celebrating at other times, congratulating the homosexuals and blessing their creativity and their freedom at another time, while at the same moment he opens a mosque that was kept locked by Ataturk, and constructs another with giving it the name of “Morsi” «the Egyptian treason committer who died in prison”.

If only this president realises that what his Ottoman grandparents had done throughout their rule, is nothing but a dark shadow on the countries neighbouring Turkey, which constituted authoritarian eras during which no school or educational centre was opened, but rather putting people against each other, to fight and keep fighting to collect money and spoils, regardless of the retarding conditions of humans, which is not strange, as his ancestors lived on the bodies of people.

Erdogan will be abandoned by the Arabs, and they will see him for what he truly is, his truth will be uncovered in front of those who viewed him as the Caliph of Islam, it is a matter of their ignorance and also his malicious plans that targets the fools.

Erdogan will always remember that the Europeans left him and left the Turks, despite his requests to join the European Union, so he took shelter with the Arabs who supported him out of religious brotherhood, until he became in the eyes of some Turks a national hero, but now they know deep down inside themselves that this man is a snake in its volatility, and unsettlement.

Erdogan aspires to control what he claims to be the property of his grandparents, which is today regarded as a strategic economic centre “I mean the Arabian Peninsula, which his ancestors ruled and have put it under all kinds of suffering.” He dreams of restoring the Islamic Caliphate and hopes to control Mecca and Al-Medina, and the sources of oil, with a view induced by escaping from the Specter of poverty that he and his country suffered from for a long time, and he believes that no one has the right to deter him from interfering in the affairs of neighbouring countries, because it is the dynasty of rulers who had previously ruled it.

Erdogan tolerated Islamic terrorists and cooperated with them by letting them pass through the Turkish lands in both ways. Rather, he ended up recruiting senior Turkish intelligence officers to enter Iraq as merchants in order to buy the stolen Iraqi oil at a cheap price, while he was on his sofa in his luxurious palace that was described by the British “Financial Times” newspaper, that it’s construction is against the laws and that it’s builder is establishing an authoritarian government. 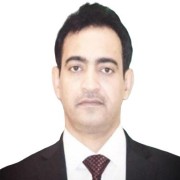 The Benefits of the Corona-Virus

The inclusion of specialists in religious bodies