An Article by: Youssef Al-Hassan

The Coronavirus did take a lot of precious things away from us, but at the same time it managed to give us things that we could never dream of, things that we have wished for, but we knew them to be titled as “impossible”. This damned virus forced us to return to simplicity and concentrate on what is obvious.

While the prevailing norm in the world was to get the most out of our lives, and aspiring to acquire the most complicated and expensive things like traveling, going for walks, driving luxurious cars, first class flights, going to Disneyland and the like… Now, staying at home became the only option for most people.

It might not have happened with our granted consent, but when it did, we welcomed it with arms wide open, as it is safer and much more intimate than it used to be. “Stay Home” is the worldwide multilingual Hashtag that took the world by the storm, a fact that has compelled us to stay next to those who we cherish the most, those “first kin” or maybe “premium kin” which they truly are, and it might have brought a compulsory acquaintance that was not in the plan.

In fact, there is another acquaintance that occurred, which is between us and our household stuff. For me personally, I discovered that I have a treasure of old coins (both paper and metal). I used to collect them during my teenage years and they remained trapped in the drawers and cupboards for several decades, despite the changing circumstances, the multiplicity of houses, and despite both travel and urban situations that I went through.

I also discovered another trove treasure of ancient postage stamps since the 1970s, and a third trove treasure of old magazines that I was reading at the time, such as the Kuwaiti magazine “Al-Arabi” and the other Kuwaiti magazine “Al-Nahda” that I used to correspond with back at the time, and the list continues to include “Al Kawakeb”, “Al Mosawer”, “Rose Al-Youssef”, and “Al-Mustaqbal”. That is why I am sure that everyone has got treasures of his own, for which he did not have enough time before to uncover.

This virus taught us that we can do without a lot of things, such as traveling outside the country and even moving between cities. We also learned that restaurants, public parks, daily meetings with friends, shopping and prioritizing our relationships are all things that can be dispensed. It also taught as to remove the dust that covers some books that we bought a while ago, in order to read them now.

Thank you Coronavirus, for giving us a chance to do so, thanks to you that now we have the opportunity to realize the value and beauty of home. Thank you for making many people sense the sweetness of home food, as I know many homes that have not experienced the taste of the home dinner for many years. 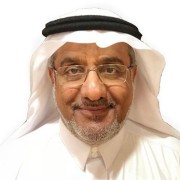