An Article by: Mubarak Hamdan

Saudi Arabia, that lavish bride in the beauty of spirit, shape, the grandeur of the site, and the prestige of the place, was not available and prepared except for a unique figure, a majestic knight, and a brave legendary hero, just as what the Lord wanted for the country, so it refuses to obey anyone and submit to any man because it is waiting for the owner of the unique wisdom, discernment and unique courage. Hence, after the fall of the second Saudi state, the state was getting ready for those who will restore its glory and grant it the position that befits it.

Then came this enthusiastic young man who believes in his Lord, his sincere determination, strong will and that magnificent work team of his. Although the weapons were simple, but the goals are noble and the objective is grand, God has given them strength, determination and courage, and the paths of conquest and victory were easy for them. It was only a matter of few hours and Al- Masmak palace was blasting in joy, listening to the calls everywhere:  The ownership is for God, then to King Abdul Aziz.

Riyadh rejoiced with joy and pleasure, and the lights of truth spread among its sides, with the acquired right of Abdul Aziz bin Abdul Rahman – may God have mercy on him – to rejoice with regaining the kingdom of the ancestors and fathers, so that everyone is under the umbrella of Saudi Arabia Which King Abdul-Aziz led, after he included the feuding tribes and gathered the dispersed clans, and all joined under his rule.

The diseases of ignorance and poverty were gone by spreading knowledge, developing the economy, and caring for health. The importance of an Arab and Islamic state emerged with its weight and standing among the countries of the world. And here it is now holding the G20 Summit with pride, prestige and power. A country which has a tremendous percentage of the world’s oil reserves and is even the largest oil exporter in the world, with a prominent influence in OPEC.

Now, Saudi Arabia is moving towards strengthening the investment aspects and not relying on oil as a main source for its economy, making it reserve for itself an important seat among the countries of the world.

Perhaps what the state has undertaken of various economic reforms is in this direction for sure. 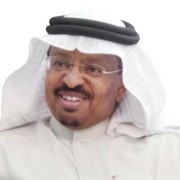 The Benefits of the Corona-Virus