An Article by: Ahmed Al-Mulla

The manifestations of behavioral rigidity in Saudi society, during the decades of the prevalence of the “awakening” movement, are sometimes compared to the manifestations of “modernity” and the changes encouraged by the liberal way of thinking a lot of times, this comparison often results into implicit signals of equaling between both movements, which is not fair.

Liberalism has never suppressed opposing opinions, as its main motto is Coexistence and diversity among different ideas in the same society, under the umbrella of the law.

The “Awakening” movement not only imposed a monocular vision on society, but also practiced violence both implicitly and tangibly; it instigated the official bodies against its ‘opponents, and exceeded the limit of questioning their loyalty, to the point of deeming them as nonbelievers and wasting their blood.

The “Awakening” movement took advantage of weak decisions to interpret the systems of social life by the ways it desired, which are the most extreme interpretations ever, it relied on “conspiracy theory”, to the extent that it succeeded in replacing moderate convictions with extreme behavior, along with isolation and  uni-thinking . This hegemony excluded most moderate thoughts, by intimidation at times and social punishment at other times.

All the before-mentioned incidents resulted in the decline and even the disappearance of all contemporary ideas, even questioning and reviewing those convictions was subject to being buried right away. All questions remained whispers that people and acquaintances utter among each other, because whoever dared to give his views publicly, he would be cursed with fabricated battles and systematic wars even if he was a public figure like Ghazi Algosaibi or turki Al-Hammad.

As of those who decided to express their opinions using literature or art, they suffered harassment, accusing their intentions and moral assassination, – an example is the book of modernity in the balance of Islam. In civil work, opponents were dismissed and loyalists were made closer.

With the launch of 2030 Vision and its promise of “quality of life”, the majority of the young community is eager to discover themselves and achieve more in various fields on common grounds, which is something that used to be exclusive for few people to enjoy.

Now the situation is much different, all scenarios and options are available to explore, guarded by concrete decisions and laws the main idea now is about keeping pace with rapid changes and ensuring the rights of the responsible individual.

Paradoxically, “liberalism” – which has been distorted over the past decades – does not change its ‘clothes, and continues to protect the freedom of choice and expression, that is….the right of both who objects and who agrees, each acts according to his conviction.

If someone wants to go to a concert, he can and he will, and if someone doesn’t…it’s his choice. No party diminishes the other, “liberalism” respects both views as long as no party imposes its will over the other.

Those who turn against the prevailing wave have not yet recovered from their hostility against “liberalism”. This hostility is instilled deep down inside them and they are too afraid to admit the wrongness of their view. Therefore, they try to equate the rigidity of the awakening movement to the freedom of “liberalism.”, assuming that both consider extremism a loyalty to an old custom. They probably do that in order to get rid of the reprimand of conscience, thinking they were right all way long.

In this way, “liberalism” does not have a vendetta with the parties that it differs from. In fact, we will find many of those who persecuted liberalism are actually sheltered by it, and some of its ‘enemies applying its ‘ideas with enthusiasm. 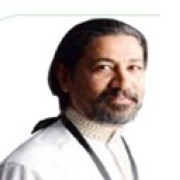