An Article By: Adel Al-Omary

Every extremist from every religion awaits the return of conflicts between the followers of religions, hoping – from the bottom of his heart – that religious and sectarian wars return. He looks for conflict instead of dialogue, claiming that it’s the source of his power and the secret of his existence, gaining legitimacy and political leadership.

On the other hand, every moderate person of all doctrines hopes for religious coexistence and peace, seeking dialogue rather than clash, because terrorism has no religion and no homeland. The “racial massacre of New Zealand” which was directed against Muslims, with all the reactions to it, is a huge witness to that.

The disgraceful and ugly face of an extremist will appear in this incident on two sides. First, “the perpetrator of the crime”: What does this right-wing Australian want from that criminal act in a country that reconciles with all followers of religions? It is clear that his motives were religious and doctrinal, aiming at igniting the clash of civilizations among the followers of religions. The words written on his weapon about historical events in which the Crusaders defeated the Muslims are the evidence that support that. The goal is to return to the times of the Crusades and the authority of the Church and the Inquisition.

On the other hand, there is a great exploitation of the event by extremists affiliated with or sympathetic to terrorist groups, in order to fuel the clash between Muslims and others. Some of them began to accuse all Christians, and some of them accused the Christian religion itself of terrorism.

Some parties exploited the incident in order to destroy the special ties between some Arab countries, which is a huge mistake, because terrorism is an international phenomenon, which is not specifically related to a certain religion. ISIS, Khomeini, Al-Qaida and The Muslim Brotherhood just to name a few, are examples of Islamic extremism, also some Muslim extremists attacked other Muslims in their mosques, just like what happened in Kuwait, “Qatif” , “Al-Ahsaa” and Pakistan.  The same denominations and examples could be found among extremists in the Western world, they have the extreme right wing, which antagonizes every Muslim and everything related to Islam. They have a false idea promoted by some of their extremists and believed by some of their intellectuals, perhaps because of their ignorance; it is the idea of “Islamophobia”.

I hope that the world leaders go to New Zealand and stand up confronting the painful incident and rejecting Islamophobia, because its spread in the Western world will damage the idea of coexistence among followers of religions and sects, and will undermine the efforts of intellectual and political elites.

If the world is looking for religious reconciliation, it must impose on all countries – through the United Nations – the equality of people with all their religions, creeds, colors and races. While working to combat right-wing extremism in all the literature of followers of their religions and sects, Such as the problem of the conflict in the Middle East, because the spark starts from there, along with hatred and refugees. 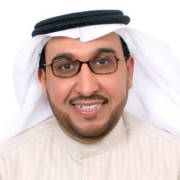