An Article By: Tarek AL-Araady

The relationship with God at the stage of the formation of humanity, was not easily suitable to accommodate the extension of the unseen to the reality of the religious movement developed in a subtle way, which actually required a direct action from God in nature «sensual miracles», and a direct relationship with God «until we see God openly», as stated in the holy Quran.

The idea of ​​the God that you cannot see was hard to understand by the human being of that time, who was quite helpless before the phenomena of nature. The testing of Moses – peace be upon him – in the story of AL-Kheider, moving from the sensory perception of a concept to faith. The ship did not sink in spite of the breach, heavens ‘miracles played a role in changing what seemed logically normal. So Moses succeeded as a believer, which is an aspect that his people failed at. He said, “Lord, show me and I will look at you”. Here, Moses asked to be raised to the realm of reason to be able to see things more clearly.

The cultural form in the national stage, which is represented by the Israeli experience, is characterized by a specific mental awareness and a certain cosmic vision. These cosmic mental visions do not contradict each other, as does positivist philosophy, but differ in their nature and not in their content, depending on the characteristics of civilizational awareness at each stage.

The vivid mind that reflects the traits and magic of a human being as a conceptual phenomenon, all this reflect a particular mentality in the cosmic conception and the culture of an entire era. Therefore, incarnation was included in that culture as in the story of Solomon, Peace be upon him. 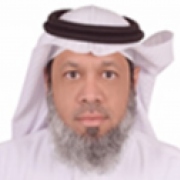