An article By: Eid AL-Thufairy

One of the funny sides of cinema, is that there is an award for the worst film and the worst actor, which enjoys the attention of millions of people around the world, it is such a unique way of expression of the critics’ displeasure at such movie or such poor actor performance.

In the world of politics, there are few presidents and politicians who deserve such awards meritoriously. When it comes to the worlds’ worst president, I do not think anyone can compete with Rajab Tayyip Erdogan. He has not stopped for years giving those funny and cynical statements, which are often followed by apologies or justifications that are not entirely acceptable. That’s why I do not think anyone will beat him. As long as he is still the ruler of his country.

The last farce of the  Brotherhood’s caliph, is his statement which is full of intimidation, threatening to go after the Australian terrorist, if he is not held accountable and charged by New Zealand for killing worshipers in the mosque, calling historical incidents which have no link at all with this incident, which makes people ask a question: Is it logical that such a statement is issued by any official, even if he is the president of the smallest province in Turkey? Not to mention the first man in Turkey.

This statement, which was followed by funny explanations from the Turkish side that it was removed out from its context, was part of the electoral campaign of the ruling party in the local elections. It reflects the new Ottoman strategy based on dealing with Muslim issues as the protectors of Islam and the defenders of its sanctities, while their real face is exposed by dealing with Zionists.

The ugly trade in Muslim issues, especially the Palestinian cause, which the Brotherhood’s caliph keeps exploiting it, despite all the facts and figures that condemn his regime with close cooperation with the oppressing entities in military and commercial fields, illustrates his disregard for the dignity and rights of Muslim people in fighting for their just causes. The ugly truth is that the Muslim Brotherhood is a thorn at the heart of Islam and Muslims. 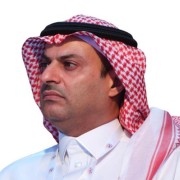